Every Thursday we have a Horizon Assembly.  We invite guests into these assemblies to share exciting jobs and talents with our children to help inspire big dreams!

These visitors also talk about how they achieved the job that they have and what it is like to have it.

These assemblies are also an opportunity for children to learn about our Fundamental British Values and develop a good understanding of what they could achieve in life if they work hard, inspiring them to reach for the stars in their future ambitions.

On the 12th of December Ben Bottone came to visit us in our Horizon Assembly.

He is the manager of Inspiring Music.

He plays bass and high wind instruments such as the trombone and trumpet.

He went to university in London and has played in the West End with Elton John!

He is one of the organisers of Ampt Rocks and helps design sets for musicals at Redborne.

He worked at Redborne Upper School for ten years but left this year to join Inspiring Music. 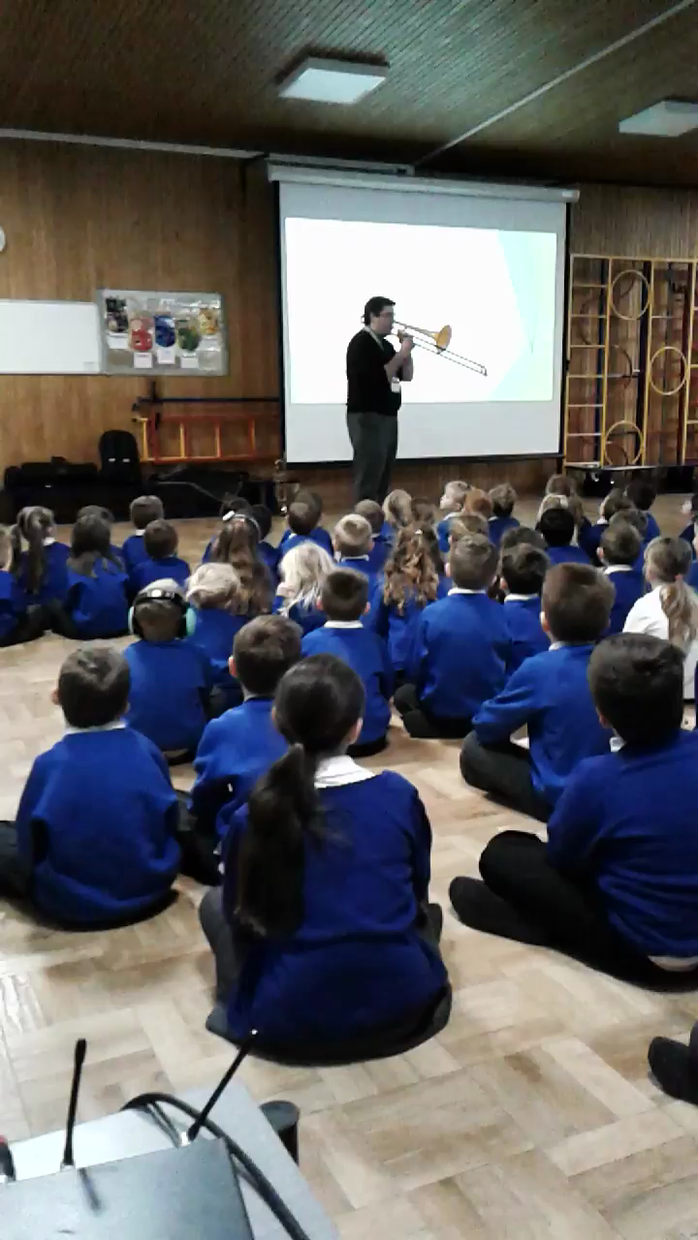 Ben told us a story about his Grandad saving soldiers at Dunkirk.

Ben told us about his career

On Thursday the 28th November, we launched our Horizon Assemblies with a visit from Mrs Ward.

She brought her violin in to play and told us that it was made in 1665!  She played lots of different pieces of music for the whole school including Vivaldi's Four Seasons and some theme songs from popular films such as Star Wars, Frozen and Harry Potter.  She told us that she had started learning the violin from the age of eight and that it had been hard work.  She now travels around the world and meets lots of famous people including Gary Barlow and the Queen! 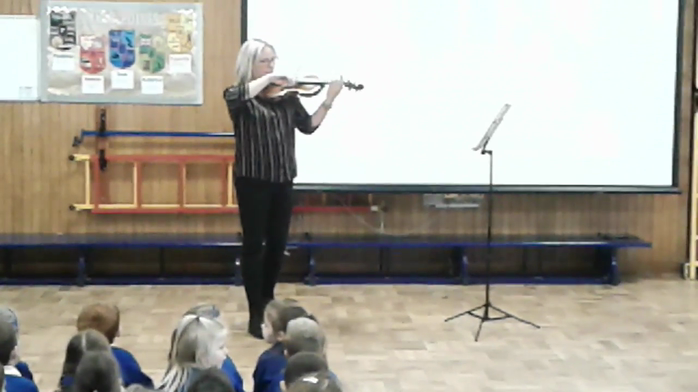 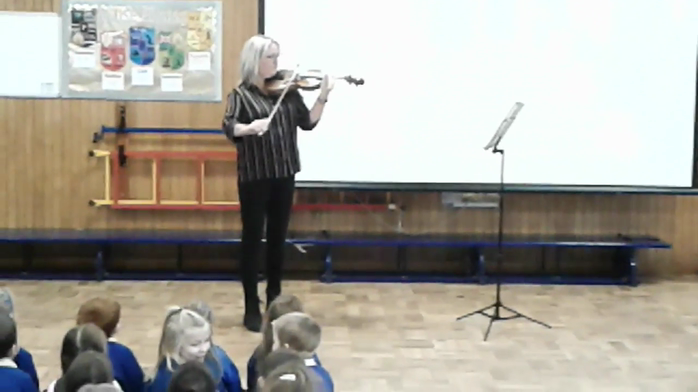 Some of the places Mrs Ward has played...Malta, Hyde Park, The Queen's 90th birthday, Strictly, the Children in Need album, Harry Potter in Concert and...Kingsmoor!